I know love is a strong word, but I use it a lot when I talk about my career. Often a client will ask me, “Can I really love my career?” Loving your career does not mean looking for perfection and 100% happiness all the time. Loving your career is finding an occupation that uses  [read more…] 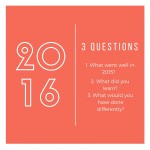 It drives me crazy that people actually try to make New Year Resolutions on January 1 after just getting through a very exhausting, exciting and busy time of the year. There are so many reasons why the research shows us that over 80% of New Year resolutions will not really take place. Even with this  [read more…]

Strategy #3 to Spark Your Career: Getting & Receiving Feedback

Spark your career by getting and receiving feedback with these three questions! Do you have an effective strategy that you use in the workplace? Share it with us! Beth Be Sociable & Share!

Strategy #2 to Spark Your Career: LinkedIn

What is bliss?  I would define it as your sparkles of happiness!  What are the little things that recharge you personally? Are you aware of the times when you honestly feel like, life is good?! As work places become more and more demanding, finding moments of happiness is even more important.  We cannot just go  [read more…]

Spark your Success Tip Video – Strategy One To Spark Your Career

Spark Your Success Tip – Balance Between Work and Life

Focus on your values to enhance your balance between work and life. Ask yourself every week – what is your priority in these areas: Your family and friends. Is your work so important that you are limiting time with a partner, your children or friends? Your health. Are you spending time regularly focusing on exercise and eating  [read more…]

Subscribe to "Spark Success" for insights that increase your productivity, enhance your resilience, and boost your impact.