If there was a continuum between focused and frazzled, where would you fall most days? If you’re landing more on the frazzled end of the continuum, you could be hurting your career.

I provided leadership coaching to John, a talented scientist who was beyond brilliant, but his manager and co-workers described him as always frazzled and addicted to urgency. He would send emails in all bold letters and often show up at someone’s desk to say,“I need the results immediately”. As you can imagine, this affected not only his brand but his reputation as a leader. His two reports struggled with his intensity and looked forward to the days when he was out of the office. This is not a leadership style that gets results. 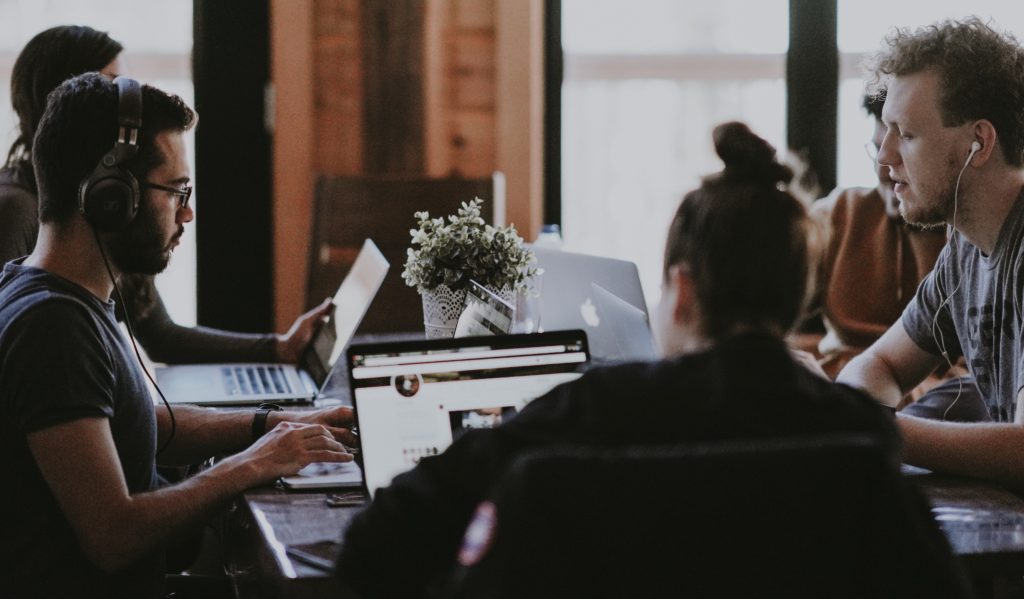 John was quite defensive in the beginning of our coaching process, but after he reviewed the anonymous feedback from colleagues and other leaders I interviewed, he was open to making changes. We followed the Benatti Resiliency Model process and to begin with, focused on three key resiliency areas: self-awareness, brand, and connection. His first step was acknowledging that he needed to take ownership for his past behavior and focus on his future interactions. I shared with him several strategies and he chose three to incorporate into his career and life.

Strategy #1: Self-awareness. I realized the first step for John was to calm his nervous system and get out of the fight-or-flight mode triggered when something at work stressed him. John was so focused on urgency, he was not being collaborative, just creating secondhand stress when he sent emails in all bold letters and or showed up at someone’s desk to say, “I need the results immediately”.

John learned to take a pause breathe before sending out an email. Before pressing send, he asked himself two questions: 1) Would this conversation be more effective face to face or over the phone rather than by email and 2) is the email strategic and collaborative rather than being defensive? Using this technique, John began to notice a positive change with his colleagues and his manager.

Strategy #2: Brand. The next area we focused on was his personal brand. I asked him what type of impact he wanted to make and what was the reputation he wanted to have in his organization. He stopped and realized that this was a major issue with how he was being perceived as a leader. John noticed that sometimes colleagues did not want to be on teams with him.

One of the strategies John found helpful in this area was to begin every day asking himself two questions: 1) What impact do I want to make today and 2) what can I do today to be more collaborative with colleagues?

Strategy #3: Connection. When John told me that he often felt isolated and did not think he had to have friends at work, I explained the importance of connection to his career.

John resisted at first focusing on connection strategies but finally agreed to develop some authentic ways to connect genuinely with more individuals at work. He stopped eating lunch every day at his desk and once a week invited a colleague, or joined other employees, for lunch in the cafeteria. He found that in such a large matrixed organization, it made a difference with getting information he needed when he took the time to build relationships with colleagues.

Within six months his manager, two reports, and colleagues saw a positive difference in how John handled deliverables and his impact increased. He realized that his style for many years was causing more stress and prevented him from being strategic.

John is not alone. There are many leaders that think being extra busy is a sign of success but at the end of the week, are they not only accomplishing career goals but focusing on what matters most to them as well?

Fall is a good time to recalibrate and assess how you are doing in your career. I recommend you think about your own personal and professional goals now to feel more focused and less frazzled. Even if you are presently focused on impact and influence, is there something you would like to add to your resiliency toolbox to make you more effective? Some suggestions I heard from my clients this week include:

We may not be able to have it all, but we can reflect, assess, and still have an amazing career and life!

I enjoy hearing your feedback. Please email me at [email protected] with any suggestions you have to be focused as a leader in your career and still have time to focus on what matters most.

Subscribe to "Spark Success" for insights that increase your productivity, enhance your resilience, and boost your impact.